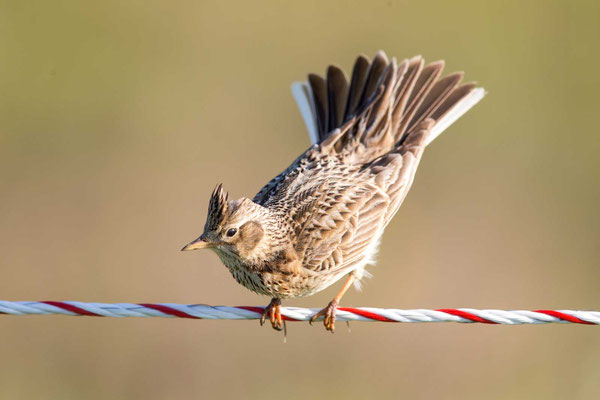 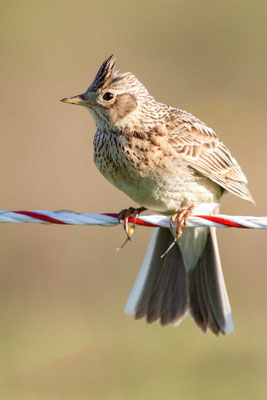 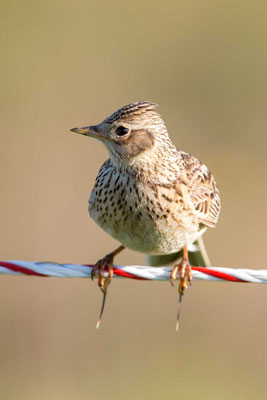 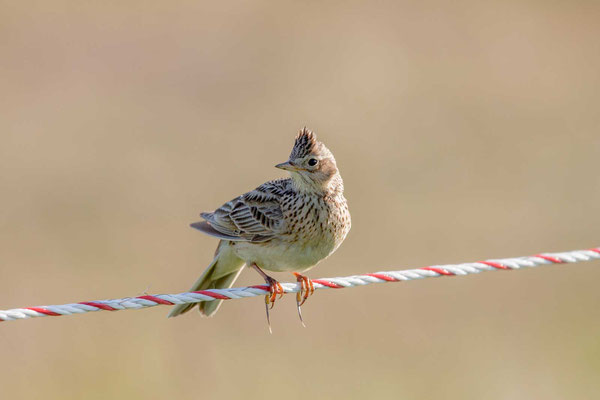 The Eurasian skylark (Alauda arvensis) is a small passerine bird species. The current genus name is from Latin alauda, "lark". Pliny thought the word was originally of Celtic origin. The specific arvensis is also Latin, and means "of the field".  This lark breeds across most of Europe and Asia and in the mountains of north Africa. It is mainly resident in the west of its range, but eastern populations are more migratory, moving further south in winter. Even in the milder west of its range, many birds move to lowlands and the coast in winter. Asian birds appear as vagrants in Alaska; this bird has also been introduced in Hawaii, Canada, United States, Mexico, Peru, Uruguay, Brazil, Argentina, Chile, the Falkland Islands, South Africa, Australia and New Zealand. The Japanese skylark is now usually considered a subspecies.